As part of its Strategic Plan, Council asked staff to prepare a report outlining an approach to considering secondary suites in the community. While secondary suites are not permitted under existing zoning regulations, it is estimated that approximately 30% to 50% of properties in Highlands have some form of unauthorized secondary suite and/or additional unapproved dwellings. Given increasing land costs and housing shortages in the region this trend is likely to continue.

Staff have reported to Council twice on the issues.  The first report was submitted for Council consideration in December, 2017 (link to report).  Council received the report and asked that staff bring back additional information.  A second report was submitted to Council for consideration in April, 2018 (link to report) and Council motioned to receive the report and directed staff to proceed with an open house to solicit input on the proposed draft policy/program and regulatory framework.

The open house occurred on June 6th, 2018.  Approximately 30 people attended.  Below are the comment summaries from the question sheet responses, the table posters, and general public comments or letters submitted.

Following that meeting, Council had further discussions at their October 9, 2018 Committee of the Whole Meeting. Minutes of that meeting can be found at this link: http://highlands.ca/AgendaCenter/ViewFile/Minutes/_10092018-439 .

Staff have summarized the direction by Council to the DRAFT Policy/Program. 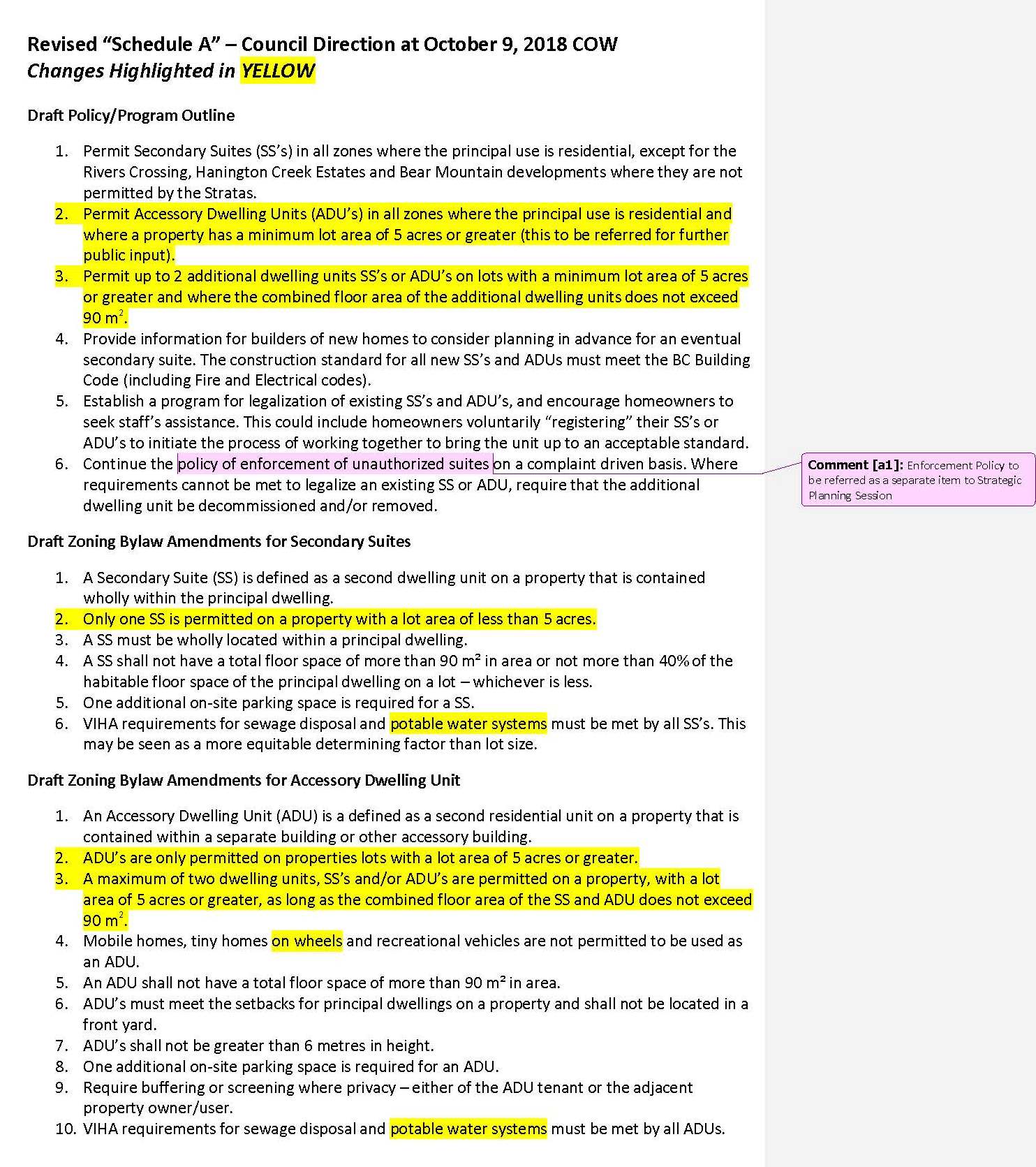 To further assist Council in its consideration of implementing a Secondary Suites and Accessory Dwelling Units policy: